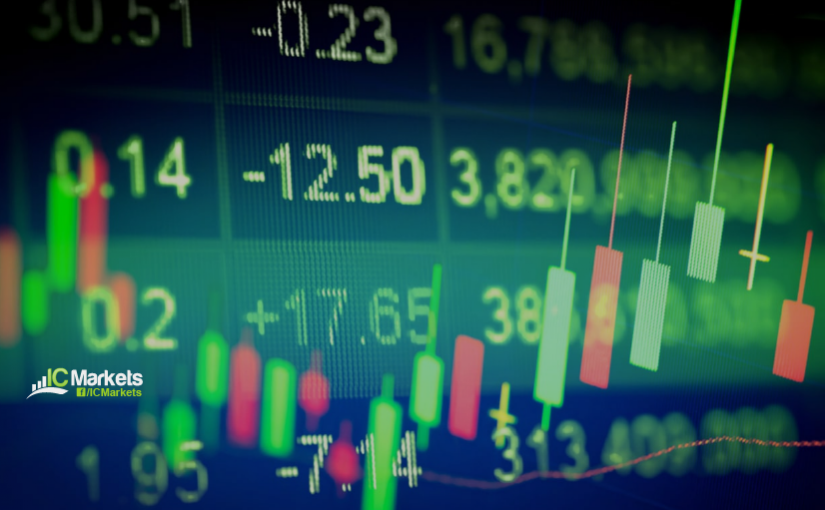 Monday responding from H4 resistance at 1.22-1.2180 (composed of the 1.22 figure, a collection of Fibonacci ratios and an AB=CD bearish formation [red arrows]), along with Wednesday’s stronger USD and dovish ECB commentary, guided price aggressively through the 1.21 figure into the jaws of demand at 1.2040-1.2064 (converging with a 38.2% Fibonacci retracement ratio at 1.2062). Candlestick fans will acknowledge the move established a hammer pattern as EUR/USD reclaimed 1.21+ status. 1.22-1.2180, therefore, is perhaps back on the radar today.

Weekly support at 1.3503 holding (2018 yearly opening value) and price recently registering fresh 2021 highs, in a market trending higher, places long-term buyers in a favourable position. With reference to higher timeframe resistance, the daily chart shows price came within touching distance of 1.3763 on Wednesday, yet a break signals weekly resistance at 1.3847 is likely on the radar.

In partnership with higher timeframes, H4 traders penetrated the upper edge of a bullish pennant pattern on Tuesday (established between the 2021 peak at 1.3745 and a low at 1.3623), with Wednesday violently retesting both the 1.37 figure and the upper side of the pennant formation.

As evident from the H4 timeframe, daily resistance at 1.3763 is the next ceiling on tap. 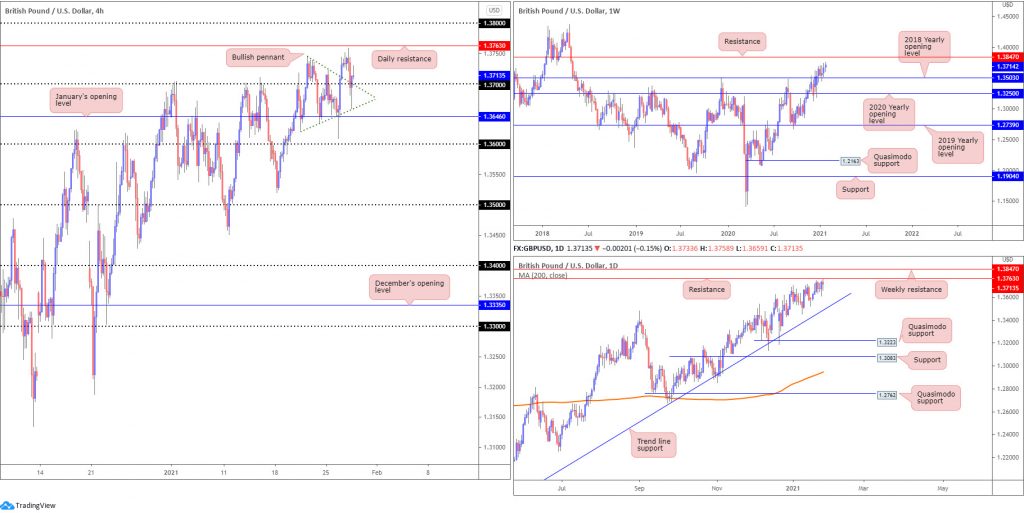 Wednesday witnessed the US dollar advance sharply against the Canadian dollar, in line with the US dollar index rallying north of the 90.00 figure.

USD/CAD H4 observed candles shake hands with space above 1.28 to connect with a 61.8% Fibonacci retracement ratio at 1.2815, following solid moves from the 1.27 region. North of here, Quasimodo resistance at 1.2860 is seen.

Further out on the weekly timeframe, we can see buyers and sellers battling for position between the 2018 yearly opening value at 1.2579 and resistance at 1.2887 in late December (a previous Quasimodo support level). It is important to note long-term flow (trend) has been pointing lower since topping in March (2020).

On the daily timeframe, the upper edge of the declining wedge (1.2957/1.2688) was penetrated on Wednesday. A breakout higher, according to the pattern’s rules of engagement, is considered a reversal signal, given it forming within a downtrend. This could lead to weekly resistance mentioned above at 1.2887 making an appearance. 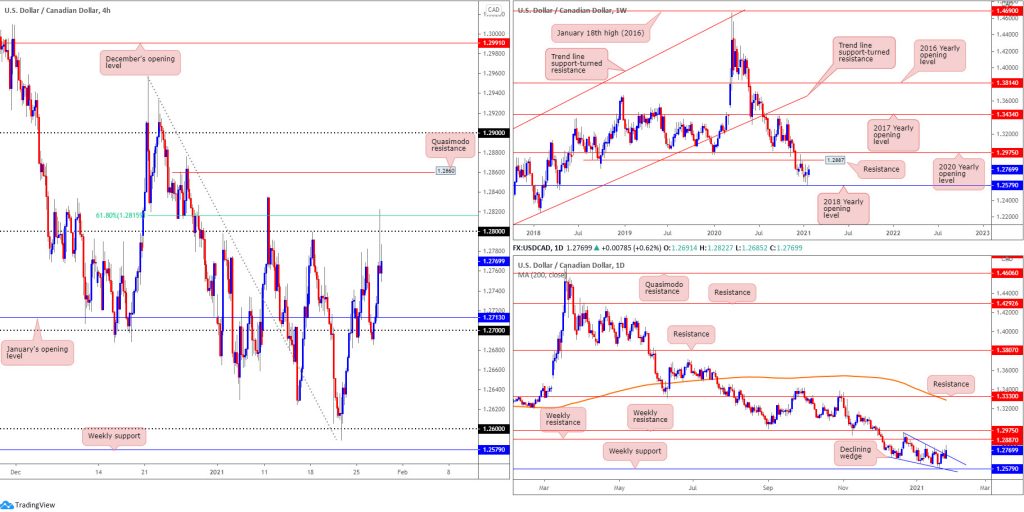 Latest action saw USD/CHF spike into H4 resistance at 0.8923-0.89 (Quasimodo resistance and psychological resistance) and produce an AB=CD pullback (red arrows) at 0.8914. As you can see, price reacted strongly to AB=CD resistance, though buyers remain resilient off 0.8874.

Any sustained buying above 0.8923-0.89 could shine the technical spotlight on the 0.90 figure, a level merging closely with daily resistance 0.9009. Beneath 0.8850, on the other hand, January’s opening value calls for attention at 0.8824, with follow-through selling pointing at the 0.88 figure.

The technical picture from the weekly timeframe reveals the unit has been trending southbound since May 2019, with price action currently retesting the underside of resistance at 0.8905 (converges with the H4 resistance zone mentioned above at 0.8923-0.89).

The US dollar finding a foothold on Wednesday weighed on the precious metal, sending XAU/USD to $1,831.

Last week’s weekly bullish outside reversal candle, as you can see, has failed to provide impetus so far this week. This implies weekly support at $1,787—set north of another support at $1,738—is perhaps to call for attention.