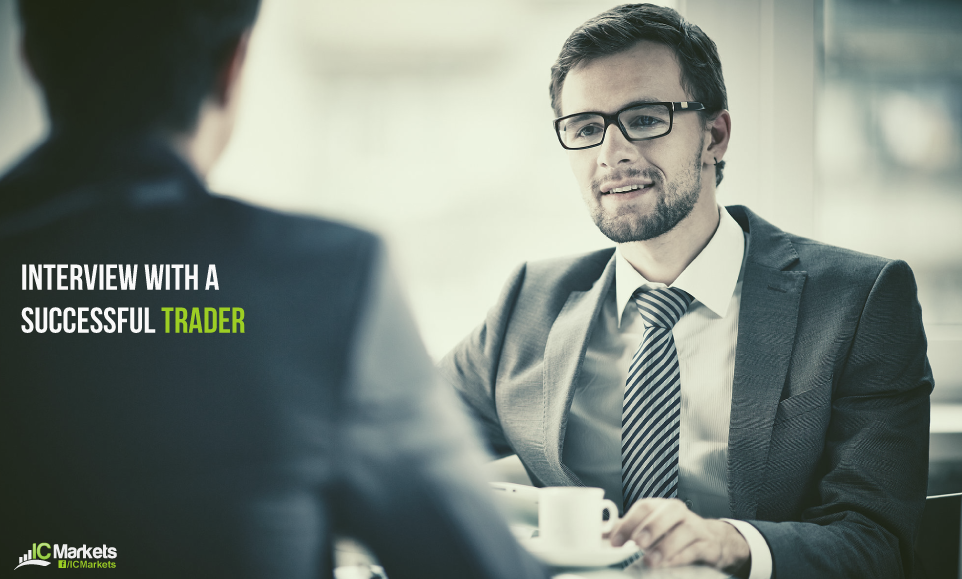 We’re lucky enough to be joined by Terry today, who has kindly agreed to answer some questions about his trading journey. Terry is coming to us from the UK, England and has been involved in trading for eight years, with three of those years trading live money. So, without further ado, let’s dive in and get started! How did it all begin for you?

Well, my journey began by a stroke of luck, really. By profession I am a computer programmer, and it was through a friend at work that I was first introduced to trading. I have to admit, to begin with, I dismissed the whole idea. I always associated trading with gambling, and I’ve never been a keen gambler. Still, after a couple of lunch-time tête-à-têtes my buddy loaned me a book to read, which I half-heartedly accepted. I believe it was a book by Daryl Guppy, an Aussie chap, and its focus was largely on trend trading equity markets.

Fast forward five days, I had read the book cover-to-cover. For lack of a better word, I was engrossed!

I guess you could say that I was somewhat lucky in this sense, since my friend had already been trading for a few years and advised me on what books to read and those to stay away from. He even generously showed me how he traded in a step-by-step format. Now, with that, you may be asking yourself why did I simply not follow my friend’s strategy. That’s a good question. Believe me, I did try several times! Unfortunately, the way he traded just didn’t click with me and I was unable to make it work.

Are you earning a full-time living as a trader?

I have been grossing a consistent income from trading for approximately three years now. Still, I must be clear that whilst I do trade from my home office each business day, I also continue to work as a part-time programmer also from home. Could I live on my trading income? Yes I could. Yet, in the UK, if you trade using a spread betting brokerage account and the gains from trading are not your sole income, then it is tax free. So, it is working out nicely for me in that sense. I also personally like the feeling of not having to rely on my trading income. This has been a huge attribute to my success, I feel.

How long does it take to master trading?

Clearly, I can only speak from my own experience and for those that I know who are consistent traders.

For me, it took approximately five years. During those five years I studied a host of different books, webinars and methods. I would say that at one point I become obsessed, as I often spent all my free time behind the screen – it was either do or die at that point!

Regarding my trading buddies, the quickest I’ve seen someone go from newbie to consistent was three years. Other than this, it usually takes at least five years before consistency is achieved.

Do you believe anyone can be a trader?

Like many things in life, I believe that if you desire something enough you will find a way. So, yes, I do believe anyone can be a trader. Whether or not they stick the course though, as believe me it can be maddening at times, is difficult to judge.

I guess it all depends on your approach. Having a mentor will help, but only as long as he/she is a consistent trader and therefore preaches what they teach! Going it alone on the other hand, involves researching forums, books, webinars, and basically anything that you can get your hands on. It’ll be overwhelming to begin with but you’ll soon get a feel for it!

I believe I will do one day, but for now I am busy building my own account among other things.

What would you advise traders who are just beginning their journey?

Spend some time researching the psychological aspect of trading. A great deal of people, including me, started reading technical books with the main focus being on indicators and chart patterns. While it is fun, I personally believe psychology is far more important to understand as each trade you make affects one’s psychological mindset one way or another. Of course, everyone will have their own views on this, but I’ve found that the psychological aspect is far, far more difficult to implement than the technical side of trading.

Do you trade any other markets than FX?

Right now, no. It’s just the currency market. However, this was not always the case. I initially began trading equities, and also tried my hand at futures trading. It was only once I made the switch to the spot FX market did my trading take a turn for the better.

What’s your preferred method of trading and how often are you at the screen?

This may surprise some, but my approach is very simple. It is just a shame it took me all those years to find it! In my earlier days, nevertheless, my charts resembled all the colours of the rainbow, as I believed more was better. Sometimes it was difficult to see the candlesticks!

Ultimately, I absolutely love trendlines. This is the crux of my method. The other confirming tools I use to help validate if a line is worthy of my attention are as follows:

As you can see, most of my analysis involves price action. I typically require five things to occur/merge before I consider entering into a trade.

In addition to the above, I will not enter into a setup if high-impacting news is scheduled to be released. What’s more, I will only take a trade where it offers at least two, or more, times my risk. So, if I am risking twenty pips, I will look to net forty pips or more.

In response to the question regarding how long I spend at the screen, I can say that I invariably spend more than six hours a day at the computer. Just to be clear though, a lot of my trading involves waiting for my levels of interest to come into view. The rest of my time is spent working on other work-related projects.

What’s the biggest mistake you’ve made in trading?

Good question! I have made my fair share of mistakes, and still do! My biggest mistake to date, however, was losing my whole account in one fell swoop. At that time, I had a rather large amount of capital invested, which was foolish considering that I had only been involved in trading for less than a year!

I remember the trade well. It was a long setup that formed on the AUD/CAD hourly chart. I had a lot on that day and really should have not been trading. Consequently, this saw me input the incorrect position size value, and the worst thing about it, because I was so busy with other things, was that I did not even realise the mistake until it was all done and dusted.

When it finally hit me, and I saw my account balance standing at 0.00, I initially thought that it must be a mistake, and that’s when the panic button was pressed – obviously not one of my better days! The loss affected me for weeks after this and I could not stomach looking at another chart. They do say that you learn from your losing trades, and boy did I learn that day!

What mistakes do you see other traders making?

These are the main mistakes that I see a lot of newer, and some experienced traders, make on a frequent basis.

Would you advise friends/family to consider trading?

Most definitely! With that being said though, I would highlight how long it can take before you see any return, and that the path to consistency is not easy.