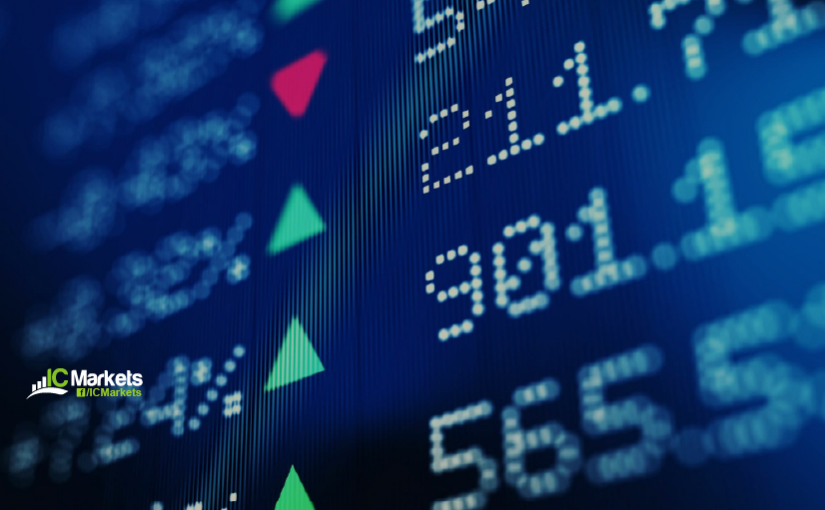 Technical selling surfaced off Quasimodo resistance on the H4 timeframe at 1.1860, motivating a correction back to the 1.18 neighbourhood, which, as you can see, holds as support for the time being. Should buyers strengthen their grip and overthrow 1.1860 today, Quasimodo resistance at 1.1888 is in view, followed closely by the 1.19 handle. Failure to hold 1.18, however, moves August’s opening value at 1.1771 into the playing field. 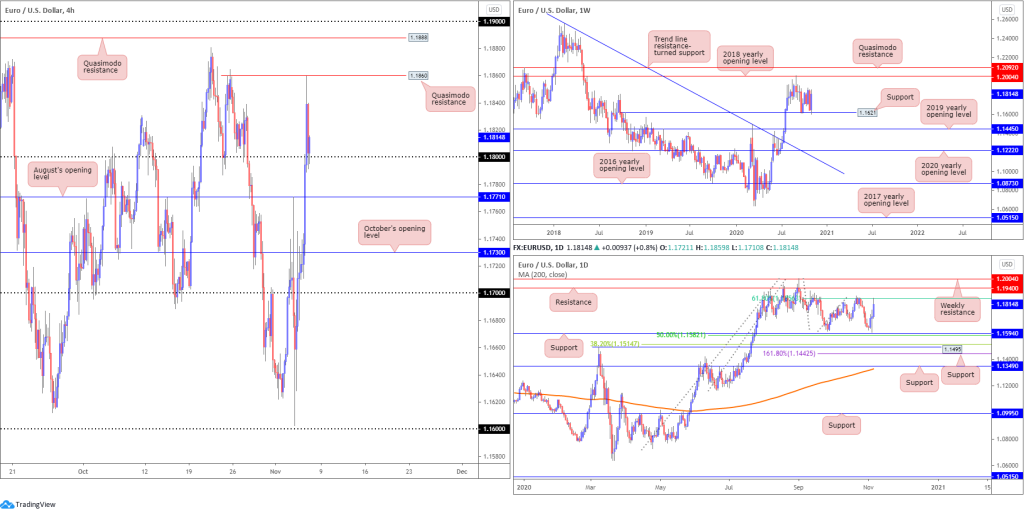 Strengthened on the back of the US dollar index crunching below 93.00 Thursday, cable finished the European session on the front foot. Chart studies indicate H4 is attempting to oust the 1.31 handle, perhaps targeting the 1.32 area, joined by a potential ABCD pullback (red arrows) at 1.3192 (and a 1.27 BC projection point at 1.3199 along with a 61.8% Fibonacci retracement ratio at 1.3174 [green line]).

Weekly price, in the shape of a bullish reversal candle, is on track to reach the 2020 yearly opening value from 1.3250. In conjunction with the weekly timeframe, daily price demonstrates scope to approach resistance at 1.3200.

An outperformer on the day, the Australian dollar rallied nearly 1.4 percent against a waning US dollar on Thursday, boosted amid healthy risk appetite.

Following Wednesday’s aggressive reaction from H4 resistance at 105.24, Thursday intensified losses and plummeted to multi-month lows amid broad USD weakness across the board.

After penetrating 104 to the downside on the H4, sell-stops triggered further selling and has (albeit not seen on the screen) shined the spotlight on Quasimodo support at 103.21, followed by the 103 handle. 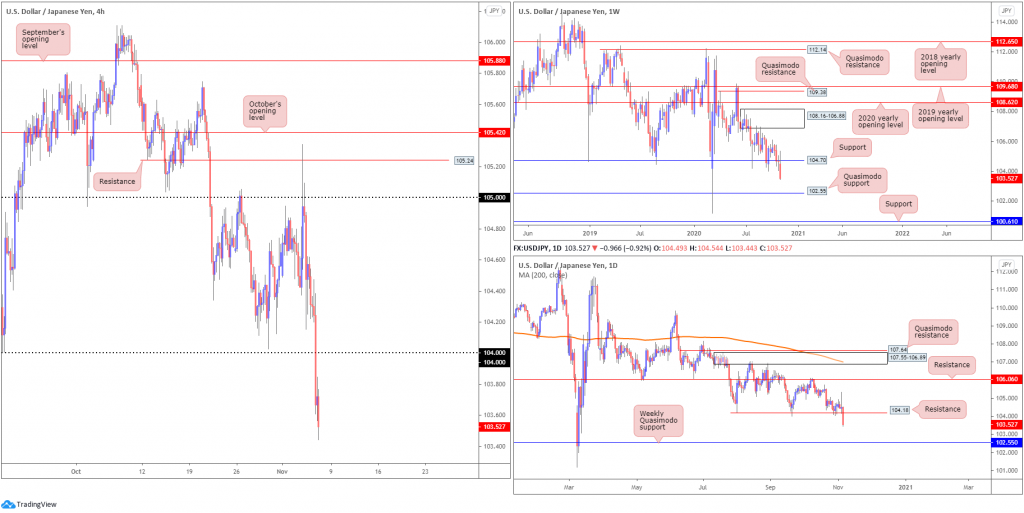 Aggressive selling overtook the US dollar on Thursday, dragging USD/CAD lower along with it. Recent hours witnessed H4 overthrow 1.31 to the downside and shake hands with September’s opening value from 1.3043. A rally to retest 1.31, therefore, could be on the cards. Lack of buying off 1.3043, however, shifts the key figure 1.30 into sight.

The technical landscape on the weekly timeframe shows price recently collided with support priced in at 1.3059 (plotted north of the 2020 yearly opening value at 1.2975), after failing to reach the 2017 yearly opening value at 1.3434. The story on the daily timeframe, after decisively navigating south of resistance at 1.3330, reveals Quasimodo support at 1.3042 entered the fray yesterday. 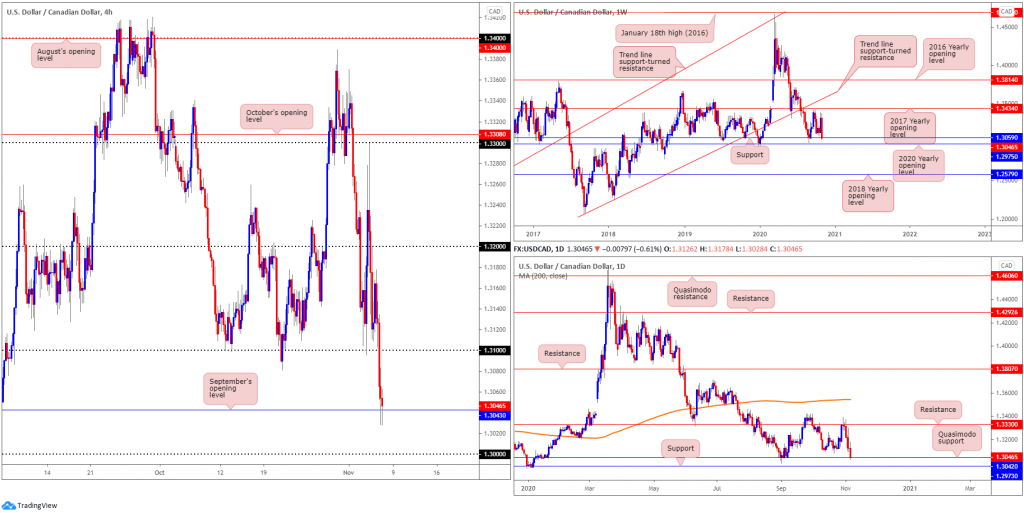 In the shape of three consecutive bearish days, weekly price is within striking distance of support at 0.9014, a level dovetailing closely with ABCD support at 0.9051. In similar fashion, daily flow is also seen nearing a Quasimodo support from 0.9009.

Lower on the curve, H4 reveals September’s opening value at 0.9038 offering support at the moment, following Thursday’s 0.8% decline. A break lower here, as can be seen on the chart, throws weekly support at 0.9014 in the mix, followed by the key figure 0.90. 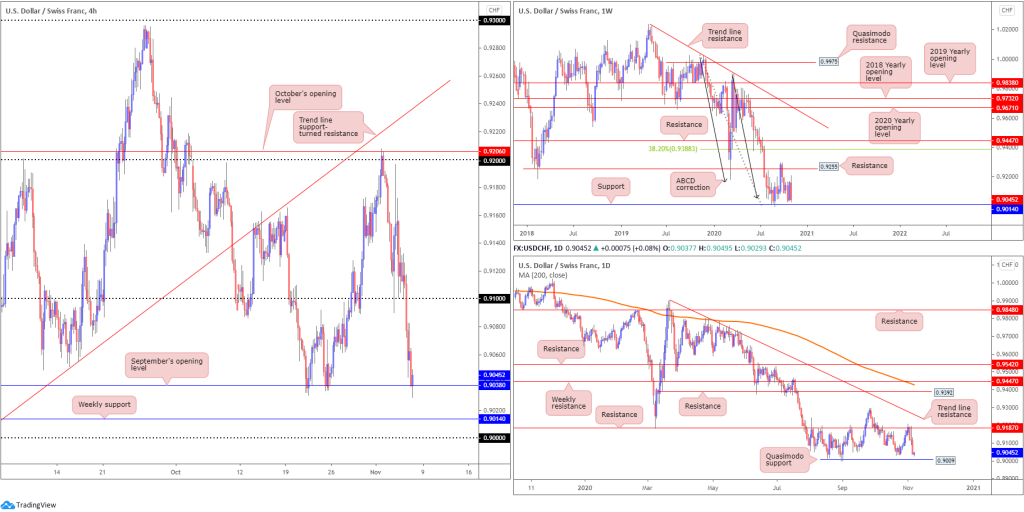 The rebound from weekly demand at 25916-26523 (green) has been quite something, so far reclaiming all of the prior week’s losses and drawing the unit towards the 2020 yearly opening value at 28595.

Together with the robust buying out of weekly demand, daily unseated resistance at 27640 (now acting support) in recent trading, which technically, could see buyers shoot for weekly Quasimodo resistance at 29409 (sited above weekly resistance at 28595). 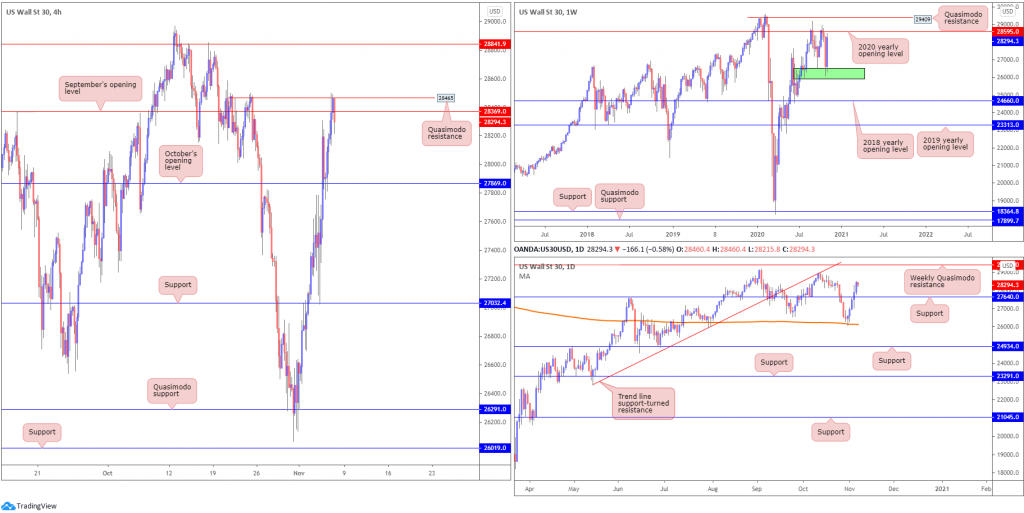 Working our way from the top this morning, buyers are clearly making progress off support at $1,882 on the weekly timeframe, recognised just north of channel resistance-turned support, taken from the high $1,703. Should a wave of buying emerge, long-term traders’ crosshairs are perhaps focussed on the all-time peak $2,075.

The daily timeframe has been in the process of creating a falling wedge pattern between $2,015 and $1,862 since mid-August (the lower boundary also lines up closely with support at $1,841). Thursday’s 2.5% advance saw the precious metal firmly take out the upper edge of the falling wedge, with pattern traders eyeballing the falling wedge take-profit target (red arrows) at around all-time highs from $2,075. This, together with gold trending decisively higher since 2016 (although price has been trending higher much longer than this overall), may encourage further buying today and next week.

Across the page on the H4 chart, Thursday ran through resistance at $1,932 and realised highs just south of Quasimodo resistance at $1,956 and a 127.2% Fibonacci projection point at $1,955. As evident from the chart, however, a correction is in the process of forming, highlighting a possible $1,932 retest.