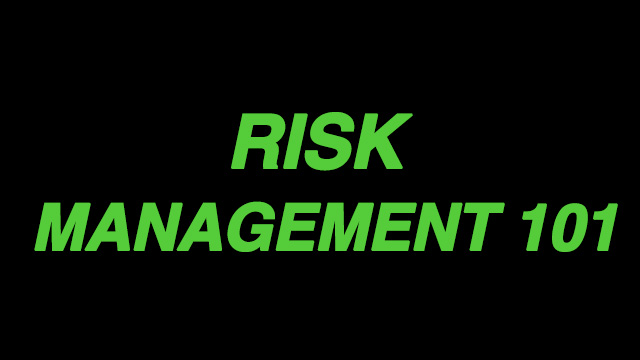 Using stop losses is a recommended risk management practice, as this will allow you to set a point where you think your trade idea might be invalidated. From there, you can be able to calculate your position size based on how much you’re willing to risk on the trade.

These calculations will be discussed in a latter section. For now, let’s take a look at the different methods in which you can determine your stop loss.

One common kind of stop loss is the equity stop. This is also known as a percentage stop because it is determined as a part of the trader’s account that he or she is comfortable with losing in case price action doesn’t go in the trade’s favor. This percentage value can vary from one trader to another, as this depends on the risk profile.

More aggressive traders can be comfortable with risking 10% of the account in a single trade while conservative ones might rather stick to 1% to 2% risk per trade. This value can also depend on the trader’s confidence in a particular trade. Some traders risk a smaller amount of their account on countertrend setups while risking twice as much on trend-following setups since these might have a higher probability of winning. Another kind of stop is the chart stop, which is commonly used by traders who look at technicals. This is based on price action and where the trader thinks that the trade idea will be invalidated.

For instance, if you are making a trade based on a trend line bounce, then you could set a chart stop below the trend line. Once that support area breaks, you can be sure that the uptrend is already invalid and that you need to get out of your trade. By setting a chart stop, the order will automatically be triggered even if you’re not in front of your platform at that time.

The volatility stop is another kind of stop that is usually taken by more advanced traders. This takes into account how much a currency pair usually moves per day and sets a stop loss in pips based on that amount.

For instance, EUR/USD can move at an average of 100 pips each day so you can set a 100-pip stop loss from your entry, knowing that price doesn’t usually go beyond that pip movement in a day. Technical indicators, such as Bollinger bands, can also take price volatility into account and these can be used to set volatility stops as well.

Lastly, the time stop can also come in handy, especially if you are a longer-term trader. This basically sets a limit on how long you plan to keep your trade open. If price is not moving in the direction you thought it would given the time limit you set, then you might be better off closing that trade and using your trading capital in another trade.