Liquidity and Trading Sessions: Is There a Best Time to Trade? – IC Markets | Official Blog 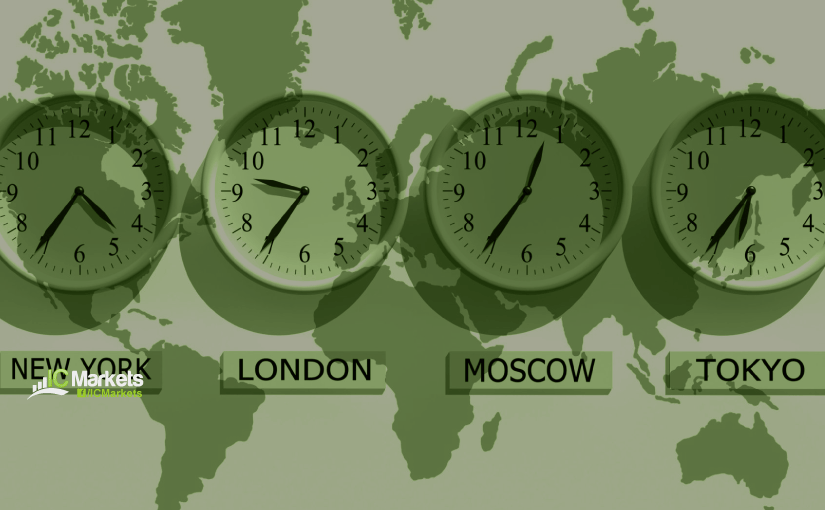 While it is true the foreign exchange (forex or FX for short) market is open 24 hours a day, five days a week, it is not constantly active.

Breaking down the currency market into manageable chunks is important. Understanding when liquidity is likely to enter the market helps traders determine the optimal time to trade.

The forex market is by far the largest financial market in the world. To give you an idea how gargantuan this market is, trading averaged $5.1 trillion per day in April 2016, according to the 2016 Triennial Central Bank Survey of FX and over-the-counter (OTC) derivatives markets: https://www.bis.org/publ/rpfx16.htm.  Liquidity in this market, therefore, is seldom a problem for retail traders.

Liquidity, by definition, refers to market activity. In other words, how many traders actively trade and the total volume they trade. A trading session, on the other hand, is a term you’ll often hear thrown around news channels and trading forums. It consists of a period of time in one, or a few, financial centres around the world. It may also be worth noting when a major financial centre closes in observance of a national bank holiday, liquidity tends to thin out.

A day in the FX market is comprised of three major trading sessions: the Asian session, London’s session and across the pond to New York.

Although sometimes referred to as the ‘Tokyo session’ or just ‘Tokyo’ (represents the third largest financial centre in the world, seizing more than 6% of the overall daily trading volume), a number of countries are active during Asia, such as New Zealand, Sydney, Hong Kong and China. The main part of the Asian session traditionally begins with the Sydney session at 10 pm GMT, followed by Tokyo at midnight GMT.

Major FX currency pairs for the Asian session are:

Volatility is notoriously low amid the Asian segment in comparison with its European and American counterparts. The market often enters into a phase of consolidation. As Tokyo starts wrapping up for the day, Europe and London’s doors open for business. There is an overlap of one hour between the Asian session and London, though only when the UK adopts British Summer Time (BST) which is one hour ahead of Greenwich Mean Time (GMT) during the summer months.

In recent years, there has also been an increased influence from China, with markets paying closer attention to China’s central bank, the PBoC.

For Asian markets, economic data out of Australia, China, Japan and New Zealand tend to have the greatest impact. The Australian dollar and New Zealand dollar will be most susceptible to China’s data, particularly involving trade numbers.

Responsible for more than 36% of the overall daily trading volume, the London session is a heavyweight contender in the FX market.

Major FX currency pairs for the Asian session are:

The segment offers market participants a particularly favourable environment to trade breakouts and trend continuation patterns given its size, volatility and liquidity. Currently, London’s market hours trades during GMT between 8 am and 5 pm. On Sunday March 26, however, London, and most of Europe’s clocks, will move forward one hour to DST (Daylight Saving Time). At this point, London will be five hours ahead of New York. Therefore, a little before 3 pm London time (pre-open trading), the US will open, and you’ll see around two hours overlap between London and New York (three hours during GMT).

For London markets, economic numbers out of Britain, Europe and the US tend to affect price action. US data is usually released in London’s afternoon session, when US traders begin arriving at their desks: the overlap.

Further adding to the above, Britain’s Brexit negotiations continue to have a marked effect on price movement. The surprise outcome of the 2016 United Kingdom Brexit referendum sent valuations of the British pound into chaos. This fallout marked the beginning of a tumultuous period for the GBP.

This session’s trading times are 8 am – 5 pm local time, though some futures markets open earlier. The US is the second largest financial centre out of the three and handles in excess of 17% of the world’s foreign exchange transactions.

Although the US is no match for London’s financial hub, the majority of the market’s major economic news hit the wires during the US morning session. News events such as: the non-farm payrolls, the ISM manufacturing report and key speakers out of the Federal Reserve can, at times, make the US/London overlap session extremely volatile (2-3pm/5pm GMT). The US session also marks the end of the trading day, as trading activity slows down in its afternoon segment until the fresh opening of the markets in Asia.

As for currency pairs to focus on in this market, traders tend to look at the same units traded within London.

Is there a best time to trade?

Now you have a basic foundation regarding major trading hours, traders will need to think about which session suits them.

As you can imagine, each trader has different obligations. Some work full time, others part time, while some are retired or are full-time carers – it really depends on individual preferences, trading strategies and goals.

As an example, a trader who works full time may only have time to check the charts once a day and, therefore, disregard trading sessions altogether. However, it is still worth keeping an eye on major market events as large moves are regularly observed.

A trader who works part time, nevertheless, may only have time to trade forex during a specific session with strict trading hours. As such, understanding how the session operates is imperative. For instance, trying to trade breakouts is likely a challenge amid Asia’s hours, in view of its low volatility. Fading range extremes would likely yield more results. If the said trader targets London’s session, however, attempting to join a prevailing trend and trading breakout/retest moves is certainly something to consider.

It might also interest traders to note Mondays are notoriously quiet sessions throughout the day, typically due to the lack of high-impacting news. The most volatile days of the week are Tuesday, Wednesday and Thursday for most currency pairs. Friday, particularly as the candles enter New York’s afternoon session, will see intraday activity often die down into the close.