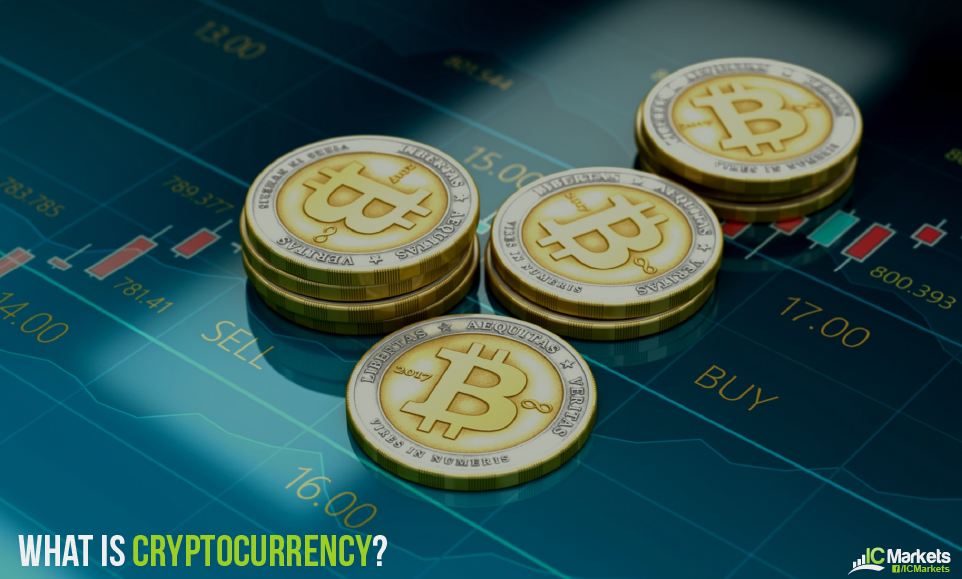 While there’s a great deal of weird and wonderful trading jargon out there, there’s not much that tops ‘cryptocurrency’. Although the term could easily be confused with a new IPhone app, cryptocurrency is actually a form of virtual currency. Think of it as an ‘internet currency’. As the name suggests, cryptocurrency is a blend of two words: ‘crypto’ – ‘currency’. Most of us are aware of what ‘currency’ means, but what about ‘crypto’? Well, the word ‘crypto’ comes from the fact that most cryptocurrencies use cryptography. Modern cryptography involves creating written or generated codes that allows information to be kept secret, in other words its security. Perhaps the most compelling feature surrounding the cryptocurrency family though is the fact that it is not issued or controlled by any central bank. Therefore, in theory, it is immune to government manipulation.

Bitcoin was the first digital cryptocurrency to be created, and has since evolved into the most capitalized and traded cryptocurrency in the world. For this reason, Bitcoin will be the core focal point of this article going forward.

Bitcoin was first published in 2009 in a cryptography mailing list by Satoshi Nakamoto. As far as we can see, Satoshi Nakamoto was a pseudonym used by the unknown person(s) who designed Bitcoin. The Bitcoin community, nevertheless, has since grown exponentially.

Bitcoin, as highlighted above, is a form of digital exchange. In countries that accept it, you can use Bitcoin to pay for your weekly shop, order a pizza and in some cases even purchase a car! Each transaction is digitally logged which is called a ‘blockchain’, and is essentially a shared public ledger.

The Bitcoin system is decentralized with no central server or trusted parties. No one actually owns or controls the network. It runs on a peer-to-peer, or P2P, structure. In its simplest form, P2P is created when two or more computers are connected, enabling both to share resources (in this case bitcoins) without having to go through a separate server. Therefore, you can exchange Bitcoin without having to trade through a physical exchange.

Can Bitcoin be traded?

It sure can! With IC Markets you can now trade Bitcoin without the hassle (and risks) of buying Bitcoin from an exchange platform.

The IC Markets Bitcoin product is traded as a CFD, allowing traders to benefit from Bitcoin volatility by going both long and short, a feature not available on most cryptocurrency exchanges. Instant cash settlement of trades, leverage up to 1:20, a minimum funding requirement of as little as $200 and also being regulated by ASIC, are just some of the additional benefits you receive when trading CFDs with IC Markets. Bitcoin, as you can see on the daily chart below, recently soared to a record high of 4471.03 against the US dollar (as of 23/08/2017), with experts believing the asset could head much higher in the future. As of current price, nonetheless, the market is using the 4000.00 landmark as a clear floor of support.

The price of Bitcoin is largely dependent on supply and demand from retail speculators. This means that high demand and low supply will often lead to a rally in price, and high supply with low demand will largely see prices selloff. It might also be worth noting that bitcoins have a limited supply. The total number of coins in circulation must not exceed 21 million. Because of this, some experts believe that Bitcoin will continue to rise over the long haul.

Some other drivers that can affect the pricing of Bitcoin are as follows: