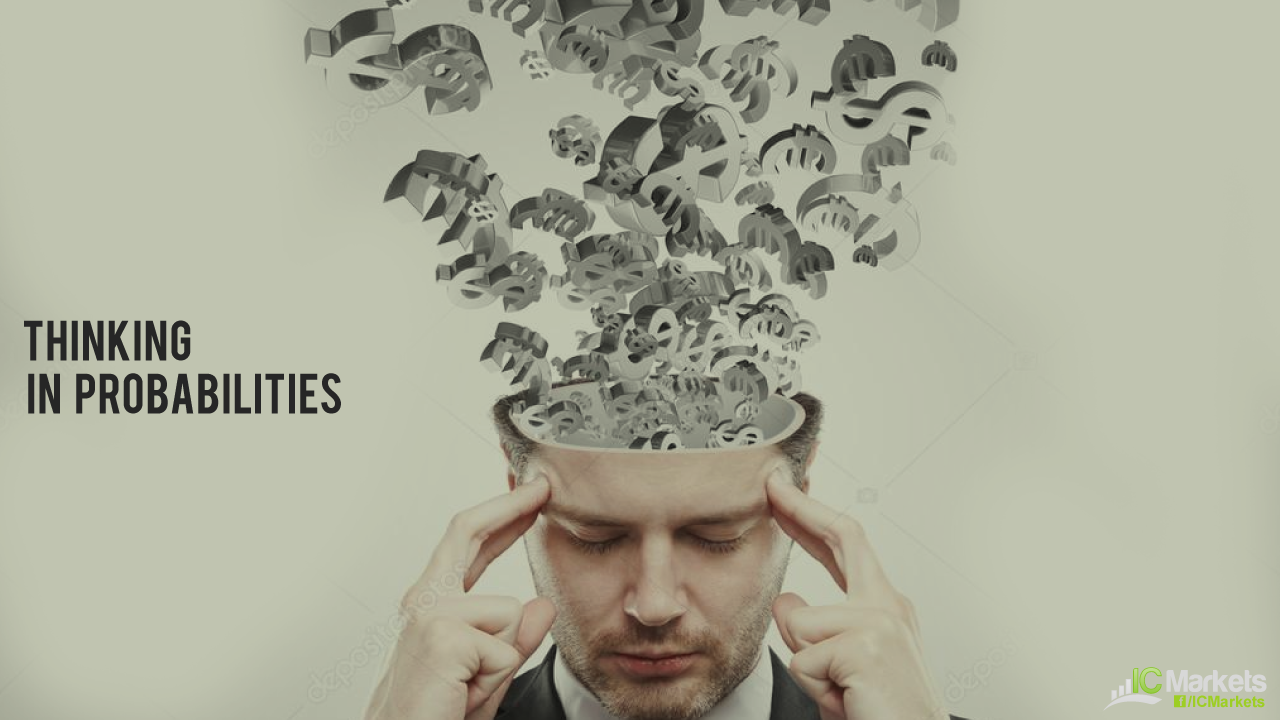 Did you know that you do not have to be right each time you interact with the market? Heck, you don’t even need to be correct 50% of the time to bank a profit in this business! Once one has mastered a setup with an edge, trading should, to a point, be no more than a repetitive chore. However, because of our natural tendency to always want to be correct, we make trading difficult.

This is where thinking in probabilities comes into the picture. By switching one’s mindset to this way of thinking, it will not only help your trading psychologically, but also your bottom line. We understand that this may seem somewhat of a paradox, but by detaching yourself and letting go of whether or not the next trade will be a winner or a loser, is exactly what’s required to achieve consistent profits you can rely on. Hopefully, the following article will provide a clearer vision on how to begin accomplishing this…

Trading expectancy or, if you prefer, statistical expectancy, essentially provides one an effective and objective way of evaluating a trading method’s performance. In simple terms, your trading expectancy is the average amount you can expect to win/lose using a particular method. While the probability of each individual trade cannot be calculated, the statistical measure can be applied to a large sample size of trades. We recommend at least fifty trading examples to be statistically significant.

The following components are needed to calculate this:

With the above calculation, we can see that we have a method with a positive expectancy, even though it lost 60% of the time. In addition to the above, you can, if you prefer, also calculate It as such (reward/risk ratio * wins) – losses = trading expectancy ratio. In this case the ratio would come in at .20 (2*40 – 60). Anything above 0 is positive. So, on average, this method will return .20 times the size of the losing trades.

While the above illustrates a profitable method, one must also take into account that there will be trading fees and commissions which, of course, will reduce profits. Furthermore, historical calculations are not a guarantee that the method will produce the same results in future trades. Nevertheless, this is the best alternative we have when formulating a trading method.

Unfortunately, trading expectancy is not a widely discussed concept. It SHOULD be though! Not only is calculating expectancy a fantastic way to analyse and compare trading methods, it also does wonders for one’s psychology.

Thinking in probabilities rather than focusing on each individual trade

Probability is the measure of how likely an event is to occur out of the number of possible outcomes. Therefore, if we know that the method we’re trading has a positive expectancy i.e. it has a high probability of making money over the long term, is there really any need to place emphasis on whether or not the next trade will be a winner? Absolutely not!

We all know of traders who get furious at the sight of a losing trade. Unfortunately, these are the same traders who usually sit glued to their screen talking, sometimes even shouting, at their monitors urging the market to move in their desired direction! We are fairly confident that the majority of experienced traders have also faced this same dilemma in the early days of their trading journeys. As you become more experienced, you’ll understand that there is really very little point in getting excited over your next trade. Shouting at the screen, trying to jeer the market on, will have absolutely no effect whatsoever!

We understand that to think in probabilities is easy in theory, but a rather difficult approach to implement, especially when your hard-earned money is on the line. What we have found that helps is using analogies:

With two analogies under our belt, let’s check out the equity curve below: Over the course of 220 trades, the account grew massively. Now, this could have been over a year, five years or even the span of a trader’s career. This does not matter. What does matter though is understanding that each individual trade should, as long as you keep to your trading rules and money management strategy, have little effect on the collective outcome. Do we panic if we have a loss, do we panic if we have two, or even three consecutive losses? Absolutely not. Remember, there is no way of knowing the outcome of each trade you take! Do you think the trader who managed the account pictured above panicked when the equity curve started to turn south (see black arrows)? Highly unlikely given the results.

In our humble opinion, trading a method that has a clear edge and following it religiously, while thinking in probabilities, is key to a successful trading career. This type of thinking will not happen overnight. It takes time to develop, but we’re sure you’ll agree with us that it is certainly worth pursuing!