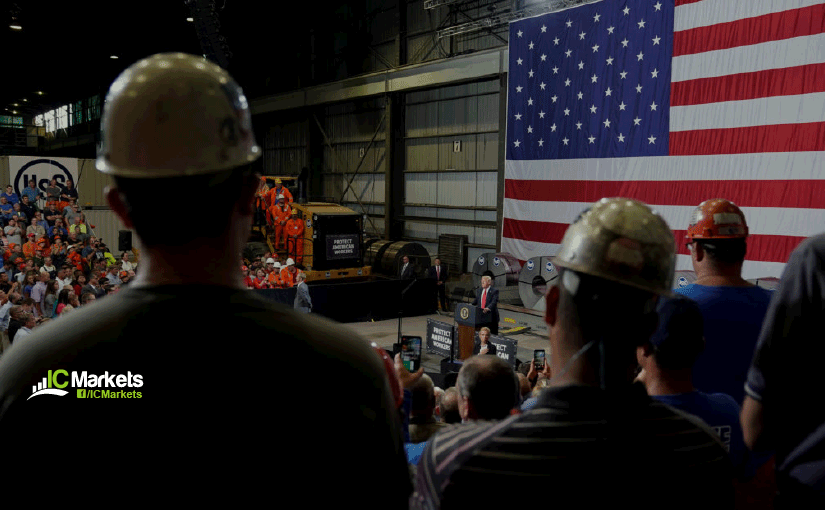 The US Bureau of Labour Statistics, or BLS, expects to announce an additional 160,000 non-farm payrolls to the US economy in January.

The US unemployment rate held steady at 3.5 percent in December 2019, remaining at the lowest level since 1969 and in line with market expectations. Consensus expects the jobless rate to remain at 3.5%, a rate which the Fed’s January projections pencilled in for the end of 2020. 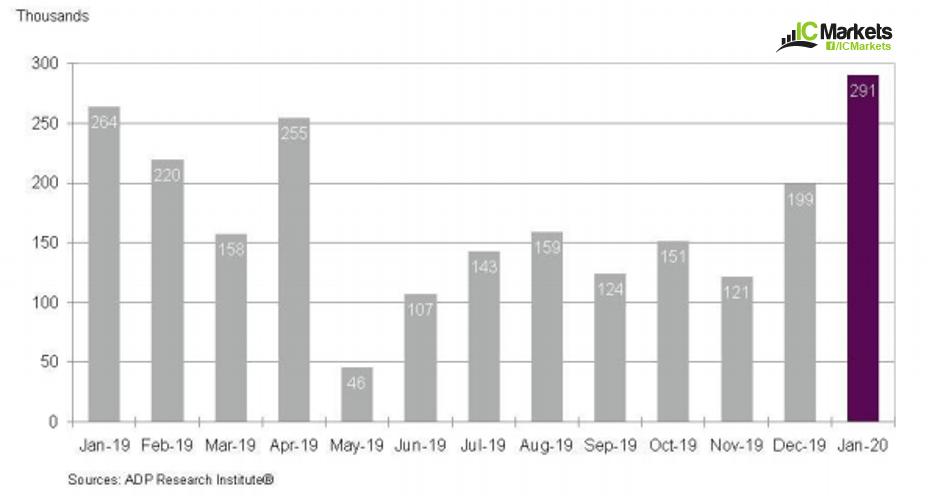 ADP is considered a forerunner for Friday’s non-farm payrolls release.

Job openings notably decreased in November from 7.36M to 6.8M, the fifth disappointment in the last seven releases.

The US Bureau of Labour Statistics: The number of job openings fell to 6.8 million (-561,000) on the last business day of November. Over the month, hires and separations were little changed at 5.8 million and 5.6 million, respectively.

Consumer sentiment remained at very positive levels, with the January reading of 99.8 insignificantly below the cyclical peak of 101.4. The maintenance of consumer sentiment near cyclical peak levels is surprising given the overall slow pace of economic growth, which was accompanied in January by renewed military engagements in the Mideast, an impeachment trial in the Senate, and a fast spreading coronavirus.

The Conference Board Consumer Confidence Index increased in January, following a moderate increase in December. The Index now stands at 131.6 (1985=100), up from 128.2 (an upward revision) in December. The Present Situation Index – based on consumers’ assessment of current business and labour market conditions – increased from 170.5 to 175.3. The Expectations Index – based on consumers’ short-term outlook for income, business and labour market conditions – increased from 100.0 last month to 102.5 this month.

Following a stronger-than-expected rebound off daily trend line resistance-turned support, extended from the high 99.67, the US dollar index, or DXY, has retained a strong bid.

Although on track to register its fourth successive gain Thursday, the index nears notable daily resistance at 98.45. The level also draws in a potential 127.2% AB=CD bearish correction (black arrows) pattern at 98.47, a 61.8% Fibonacci retracement value at 98.40 along with the relative strength index (RSI) nearing overbought. Another aspect worthy of note is the aforementioned daily resistance level represents a Quasimodo resistance (see red arrow which marks the left shoulder).

As a result, active sellers likely reside around the 98.45ish neighbourhood.