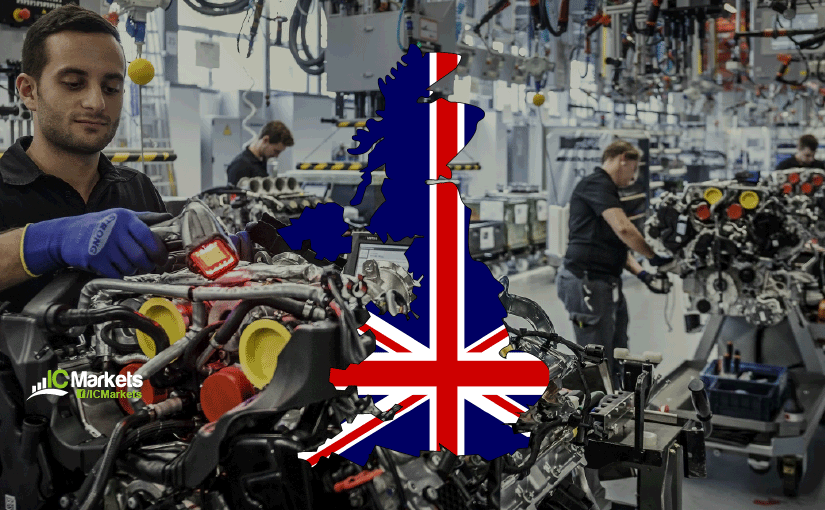 Two variations of this account are released about a week apart. The Flash PMI release, source first reported in November 2019, is a forward-looking estimate of a country’s manufacturing sector. It’s there to provide an early indication of the Final PMI value, due on 3rd February. The flash release, given it is among the primary economic indicators released each month, is labelled a high-impacting event on most economic calendars. The flash release forms by way of a survey of approximately 650 purchasing managers, requested to rate the relative level of business conditions.

A reading above 50.0 shows improving conditions, whereas moves south of 50.0 indicate a waning economy.

Friday brings with it flash Markit PMI metrics for January with services, manufacturing and composite readings all due for release. The Flash manufacturing PMI is expected to register 48.8, picking up from the 47.5 reading in December. The Flash Services PMI is set to report a 50.8 reading, over December’s 50.0 value, while the Flash Composite PMI forecasts a 50.5 print, against December’s 49.3 value.

According to Markit Economics 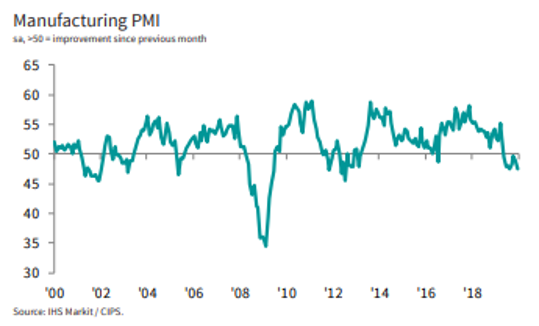 The headline seasonally adjusted IHS Markit/CIPS Purchasing Managers’ Index (PMI) fell to 47.5 in December (a four-month low), the second weakest level for almost seven-and-a-half years (the PMI stood at 47.4 in August 2019). The PMI has also posted below the neutral mark of 50.0 in each of the past eight months.

The downturn in the UK manufacturing sector deepened at the end of 2019, as output contracted at the fastest pace since July 2012. Production fell in response to declining intakes of new work from both domestic and overseas clients, while efforts to reduce Brexit safety stocks also stymied output volumes.

IHS Markit noted any failure of the survey data to show a revival of economic growth at the start of the year is likely to trigger an imminent rate cut by the Bank of England when its Monetary Policy Committee next meets on 30th January. Policy had been kept on hold during Brexit uncertainty in the lead up to December’s General Election, but recent weeks have seen growing numbers of policy setters grow uneasy about the ability of the economy to spring back into life. The PMI has been specifically cited as a determinant of whether a swift loosening of policy is warranted.

The Flash PMI metrics are a widely watched event and likely to generate volatility, with all three flash metrics expected to rise in value. In the event of better-than-expected data, GBP/USD is likely to catch a bid.

From a technical perspective, the H4 candles overthrew 1.31, following the latest Confederation of British Industry (CBI) report revealing the UK manufacturing sector began the year strong. Strong PMI data may prompt a robust continuation move higher, targeting 1.32 and January’s opening level at 1.3250. However, a retest at 1.31 is certainly not out of the question prior to a run north.

The only grumble, as far as further buying goes, is weekly price. The pair trades beneath long-standing trend line resistance, pencilled in from the high 1.5930. Supporting buyers, nonetheless, is price attempting to defend nearby demand around the 1.2939 region (black arrow), likely seduced by the recent break of the notable high at 1.3380 (red arrow).

The USD/JPY, a market currently registering a correlation of nearly 80.0% with GBP/USD on a weekly basis, is also seen trading around weekly support, shaped in the form of the 2019 yearly opening level at 109.68.