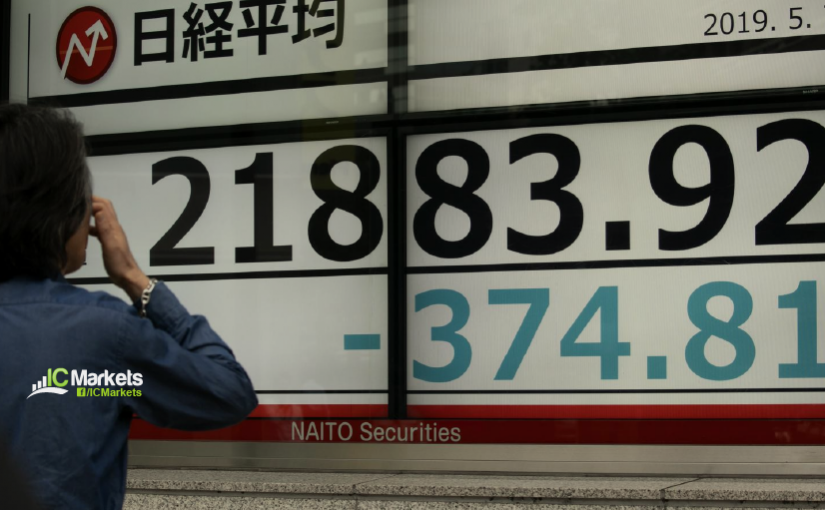 Mainland Chinese shares slipped by the afternoon, with the Shanghai composite lower by 0.2% and the Shenzhen component traded flat. Hong Kong’s Hang Seng index fell 1.6% as shares of Chinese tech giant Tencent dropped more than 2%. The Nikkei 225 in Japan fell 0.5% in afternoon trade, with shares of index heavyweight and conglomerate Softbank Group plunging more than 5%. The Topix index also slipped 0.5%. In South Korea, the Kospi bucked the overall trend to rise nearly 0.2%. Australia’s ASX 200 slipped 0.9% as most sectors declined.

After earlier falling against the yen, the dollar strengthened 0.25% against the Japanese currency to 109.57. The single currency was up about 0.1% on the day at $1.1238, while the dollar index, which tracks the greenback against a basket of six major rivals, was nearly unchanged at 97.313. Elsewhere, gold gave up gains after earlier rising amid broader market jitters. Spot gold was flat at $1,299.35 per ounce.