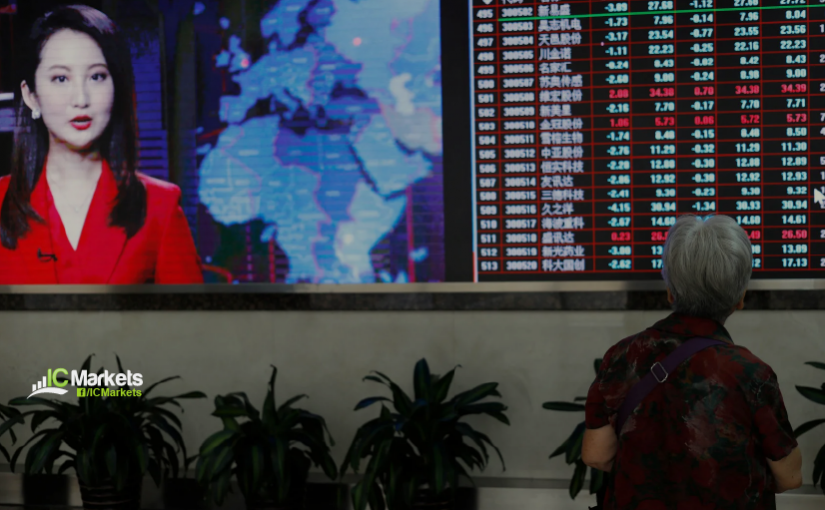 Most Asian stocks swung lower on Tuesday, weighed by Chinese markets after data showed mainland factory prices shrinking at their fastest pace in three years while reports of German stimulus plans pushed global bond prices down. Investors continued to mull recent economic data while they away upcoming meetings by the U.S. Federal Reserve and the European Central Bank, both of which are expected to announce monetary stimulus moves.

The U.S. Federal Reserve is also widely expected to cut interest rates next week as policymakers race to shield the global economy from risks, which also include Britain’s planned exit from the European Union.

Asian markets were mixed in early trading Tuesday, following a lacklustre session on Wall Street. Chinese data pushed Shanghai Composite down 0.17% which in turn drove ASX 0.63% up. Nikkei edges up by 0.32% while, Hang Seng struggles for direction and is flat at 0.1%.

Elsewhere in currency markets, the pound traded near a six-week high of $1.2385 after a law came into force demanding that Prime Minister Boris Johnson delay Britain’s departure from the European Union unless he can strike a divorce deal. Oil futures hit their highest level in six weeks in Asia after Saudi Arabia’s new energy minister confirmed he would stick with his country’s policy of limiting crude output to support prices. U.S. WTI 0.45% to $58.11 a barrel, the highest since July 31. Gold prices slipped to $1496.05 on Tuesday in Asia as the appetite for risk among investors has seemingly returned.