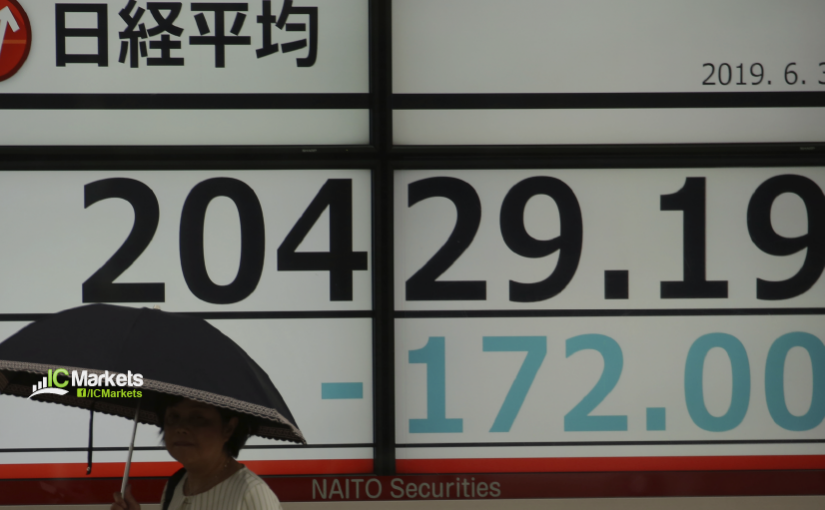 Asian shares were led lower on Thursday as the Hong Kong market fell for second consecutive session following a day of massive street protests, while oil prices flirted with five-month lows due to higher U.S. crude inventories and a bleak demand outlook. Hopes that the United States and China will clinch a deal on the sidelines of a Group of 20 summit meeting in Osaka on June 28-29 have been fading, also hurting sentiment and driving bond yields down.

Mainland Chinese stocks recovered from an earlier decline to rise by the afternoon, with the Shanghai composite up by 0.2% and the Shenzhen component gaining 0.3%. Japan’s Nikkei 225 slipped 0.6% in afternoon trade as shares of Apple supplier Japan Display plummeted more than 7% after the company announced new restructuring plans.

Oil hovered near five-month lows, pressured by another unexpected rise in U.S. crude stockpiles, as well as the bleaker outlook for demand posed by prospects of a protracted trade war between China and the United States.

The euro stood little changed at $1.1293, having taken a hit on Wednesday after U.S. President Donald Trump said he was considering sanctions over Russia’s Nord Stream 2 natural gas pipeline project and warned Germany against being dependent on Russia for energy. The British pound is on the back foot after British lawmakers defeated an attempt led by the opposition Labour Party to try to block a no-deal Brexit by seizing control of the parliamentary agenda from the government.