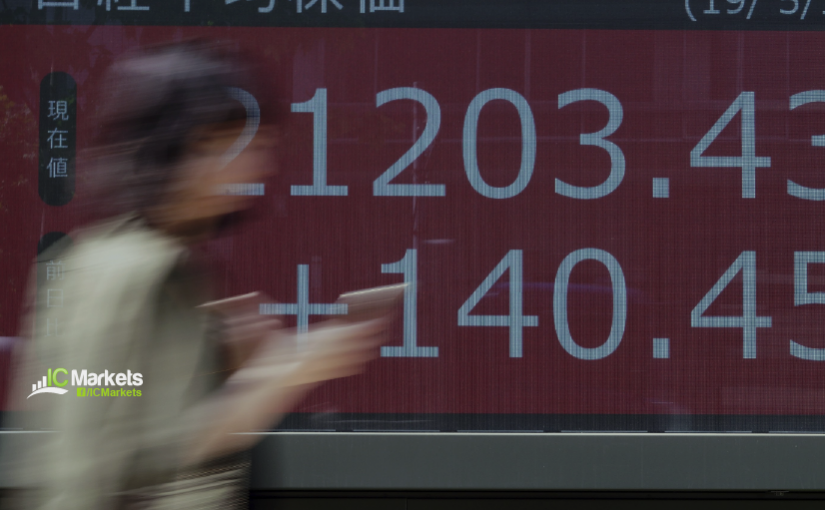 Asian stock markets are mostly higher on Friday with investor sentiment boosted by positive developments on the U.S.-China trade front and following the European Central Bank’s announcement that it will resume its quantitative easing program.

U.S. President Donald Trump said he would consider an interim trade deal with China, though it would not be preferred. Meanwhile, the ECB lowered its main deposit rate by 10 basis points and announced plans to restart its quantitative easing program by purchasing assets at a pace of 20 billion euros per month beginning November 1.

In Japan, the Nikkei 225 rose 1.05% as shares of index heavyweights Fast Retailing and Softbank Group gained 0.62% and 3.2%, respectively. Markets in China and South Korea were closed on Friday for holidays. The Australian market is advancing, with banks and the major miners among the leading gainers. The ASX traded higher by 0.21%

Rising risk appetite kept the yen near its six-week low of 108 to the dollar. Ten-year German Bund yields also rose back to minus 0.503%. That also helped keep the yield on 10-year U.S. Treasuries at 1.7838%, near early August levels, breached in Thursday’s session. Fed funds rate futures imply a 0.25 percentage point interest rate cut by the Fed next week but have effectively priced out any chance of a larger cut.

Oil prices were on course to post weekly losses, on continued worries about weakening demand and on speculation Trump may ease sanctions on Iran after his former national security adviser John Bolton, an Iran hawk, left the White House earlier this week.