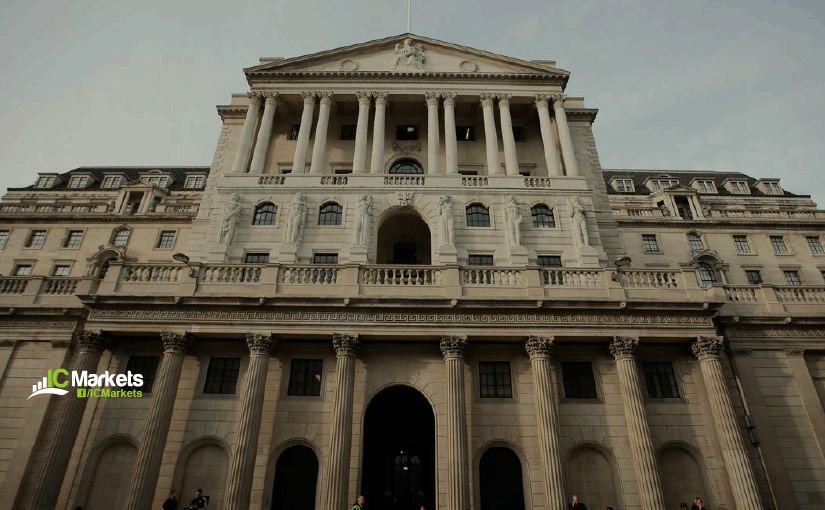 What Is the Bank of England?

The central bank for the United Kingdom, the Bank of England, or BoE, is a public body that must answer to the people of the UK through Parliament. The bank’s primary functions are upholding and overseeing monetary and financial stability.

The official bank rate, or base rate, is the most significant interest rate in the UK and is set by the BoE. It impacts interest rates offered by other commercial banks. An increase in interest rates usually increases the value of a country’s currency, and vice versa for a decrease in the base rate.

Thursday’s BoE meet is too close to call. As of writing, consensus looks for rates to be left unchanged at 0.75% with a 6-3 vote split.

In terms of recent economic data, rate cut calls were heightened. November’s monthly GDP printed at -0.3% month-over-month vs. an expected 0.0%, year-over-year CPI also suddenly decelerated to 1.3% from 1.5% and retail sales unexpectedly contracted on a month-over-month basis (-0.6% vs. expected 0.5%). According to the Office for National Statistics (ONS), in the three months to December 2019, the quantity bought in retail sales decreased by 1.0% when compared with the previous three months. ONS added: the quantity bought in December 2019 fell by 0.6% when compared with the previous month; the fifth consecutive month of no growth.

While data has been weak, there are signs we could see a pickup in the weeks ahead.

Upbeat UK jobs and earnings data beat consensus almost across the board. The UK unemployment rate was estimated at 3.8%, 0.2 percentage points lower than a year earlier but largely unchanged on the previous quarter. Focus then shifted to January’s flash Markit PMIs, which presented beats across all three key readings, services, manufacturing and composite.

According to Markit Economics: January data from the IHS Markit / CIPS Flash UK Composite PMI highlighted a decisive change of direction for the private sector economy at the start of 2020. Business activity expanded for the first time in five months, driven by the sharpest increase in new work since September 2018.

Commenting on the latest survey results, Chris Williamson, Chief Business Economist at IHS Markit, said: ‘the survey data indicate an encouraging start to 2020 for the UK economy. Output grew at the fastest rate for sixteen months amid rising demand for both manufacturing and services, suggesting business is rebounding after declines seen late last year’. Williamson added: ‘It seems likely that the rise in the PMI kills off the prospect of an imminent rate cut by the Bank of England, with policymakers taking a wait and see approach as they assess the performance of the economy in the post-Brexit environment’.

In light of the PMIs and other recent surveys, there is perhaps more value in waiting for more data before using up valuable and limited monetary policy ammunition.

The challenge for the BoE is whether the economy is now recovering from a period of political turmoil in late 2019, or if this is just a hiatus before worries over longer-term trade barriers with the EU re-emerge (Reuters).

Expectations for a dovish shift at the bank were also fuelled earlier in the month on the back of comments from departing-Governor Carney, who noted ‘there would be a relatively prompt response from the bank should weakness in the UK economy persist into 2020’. Carney also added that ‘rebound forecast by the BoE for the UK economy this year is not assured’.

Since late December, longer-term movement on the weekly timeframe has been consolidating between long-standing trend line resistance, pencilled in from the high 1.5930, and demand around the 1.2939 region (black arrow), likely seduced by the recent break of the notable high at 1.3380 (red arrow). A break of the said trend line has the 2018 yearly opening level at 1.3503 to target, whereas a move south implies we might see a push to the 2019 yearly opening level at 1.2739, consequently tripping sell stops below the current demand zone.

Based on this chart, price action could potentially swing either way.

Technical research based on the daily timeframe has the unit languishing beneath its 50-day SMA (blue – 1.3052). This violation may have cleared the pathway south to trend line support, drawn from the low 1.1958, support at 1.2769 and the 200-day SMA (orange – 1.2687). Note the aforementioned SMA is in the process of flattening after drifting south since the beginning of July. With respect to resistance on the daily timeframe, the only levels of interest right now sit at the 1.3173 January 24 high, the 1.3284 December 31st high and a resistance level at 1.3358, which capped upside since mid-June 2019.

Technical readings from the daily timeframe show potential to the downside after taking the 50-day SMA, though trade with caution. Late December and throughout January, price engulfed the said SMA to the downside in similar fashion, but was able to recover and close higher.

Each level highlighted above represents a potential barrier to watch going forward, specifically the 1.30 level.